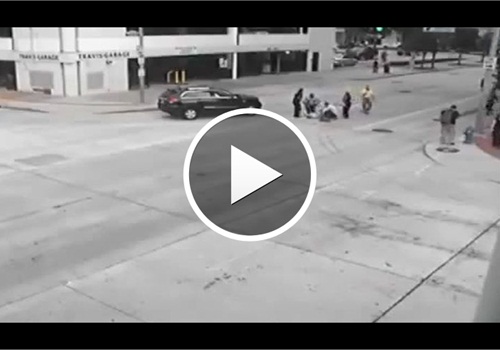 Houston Police Chief Charles McClelland has been given a one-day unpaid suspension for striking a pedestrian with his agency SUV earlier this month.

Chief McClelland, who must also take a defensive driving course, acknowledged his fault and said he would "hold myself to a higher accountability," reports KHOU.

The chief was on his way to work the morning of Sept. 4 when he struck attorney James Harris in an intersection two blocks from police headquarters. The chief was turning left at a green light and stuck Harris, who had taken six steps into the crosswalk.

Mayor Annise Parker handed Chief McClelland the discipline, which was harsher than what a patrol officer would recieve in a similar situation. Usually striking a pedestrian brings a written reprimand, reports the Houston Chronicle.

The university’s forensics concentration in the criminal justice program will allow students to learn more about forensic psychology and overarching crime scene investigative procedures, relevant topics within the field of criminal justice at this time, CSU says.