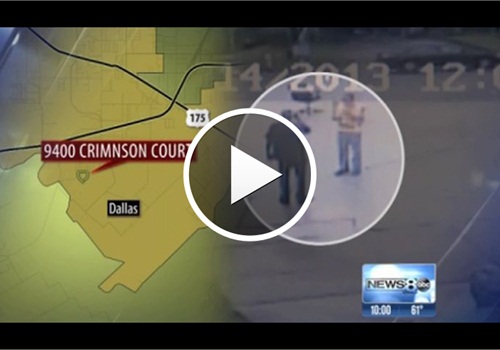 Footage from a neighbor's surveillance camera appears to show a Dallas PD officer shooting an unarmed, stationary mentally ill man. The officer had said the man advanced toward him while raising a knife.

Joyce Jackson called 911 after arguing with her son, Bobby Gerald Bennett, 53, who she said had "mental issues" and had been acting erratically, according to WFAA News. Bennett was sitting in a chair in the street outside his mother's house when Officer Cardan Spencer and another unnamed officer arrived. The video shows Bennett stand up, and then Spencer shooting the man in the abdomen after eight seconds.

Spencer has been placed on indefinite administrative leave. Bennett is in serious condition.

In light of the video, today Chief David Brown ordered that the aggravated assault charge brought against Bennett be dropped.

Read more about use of force Texas agencies Citizen Video