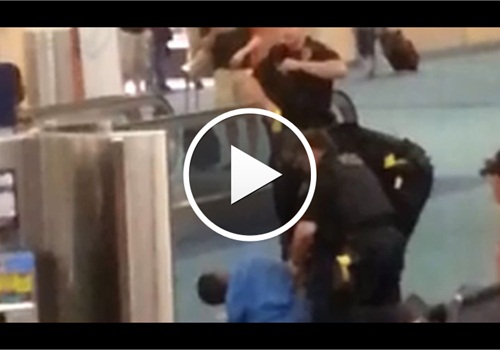 Port of Portland (Ore.) Police TASERed and arrested an intoxicated man at Oregon National Airport, after airline personnel told him he could not board the plane.

Tejawn Edwards, 25, was one of three people who were visibly intoxicated and weren't allowed to board their Spirit Airlines flight on June 21. Police said Edwards became hostile, threatening to kill them and throwing punches, reports KATU.

YouTube user JR Davis posted the video and said he witnessed the incident. He reported that Edwards told officers, "What? You f**king think I have a weapon? A f**king gun or a knife?"