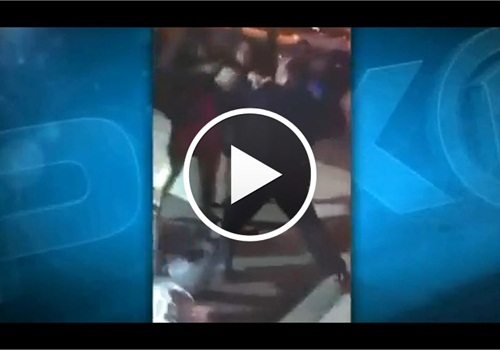 An Elizabeth (N.J.) Police officer is facing an internal-affairs probe, after cell-phone video uploaded to YouTube shows him punching a woman outside a nightclub.

The officer, who has not been named, remains on active duty, reports NBC New York.

The 20-second clip, which was uploaded Sunday, shows a chaotic scene outside the Envy nightclub. An officer appears to grab a man and then punch a woman wearing a red dress in the face. The woman has not been identified, reports WPIX.