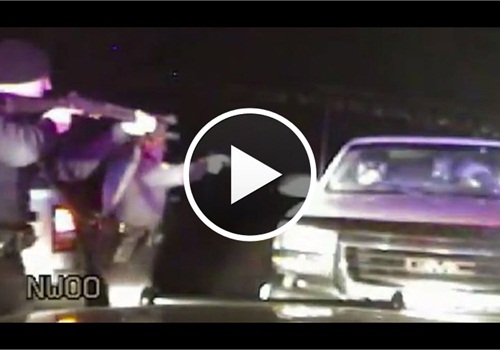 A Morgan County (Utah) Sheriff's deputy who pursued the driver of a GMC truck for a broken headlight fired at the female driver when she lurched her vehicle toward him.

The high-speed chase in November ended when deputies shot Kristine Nicole Biggs, 41, in the left eye. The Davis County Attorney's Office is now investigating the use of force.

Biggs had refused to stop during the pursuit, in which Utah State Patrol officers used spike strips that shredded three of her tires.

Biggs had an outstanding warrant in Colorado stemming from a July 2011 arrest at a park for investigation of assault, resisting arrest, obstructing a peace officer and DUI, reports the Associated Press.