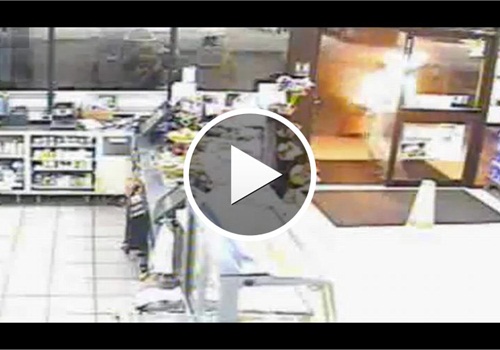 A circuit court judge has denied bail for a man police say doused the mother of his child in gasoline and set her on fire at a 7-Eleven in Boynton Beach, Fla.

The woman had arrived at the 7-Eleven at about 2:53 a.m. Monday morning to pick up her 4-year-old boy from Mondesir. When the boy wasn't there, Mondesir doused her with gas and chased her to the convenience store entrance.

Store video shows the woman running inside the store and trying to hold the glass doors shut against her attacker who forces the door open. The woman is pulled outside and can be seen running by in flames seconds later.