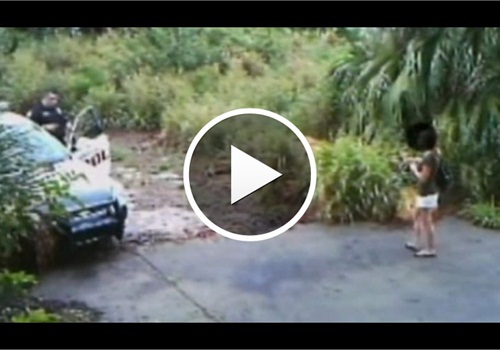 A Melbourne (Fla.) Police officer has been fired for using his patrol car to pick up prostitutes. Several of the encounters were captured on his dashboard video and nearby surveillance cameras, reports WTSP-TV.

Patrol-car video shows Officer Jose Otero picking up a woman identified as a prostitute. Officers were watching him from unmarked cars at the time.

Two other video clips show Otero talking with prostitutes. In one, the officer is seen exiting his patrol car without a shirt.

Investigators found four prostitutes who admitted having sex with Officer Otero on the job.