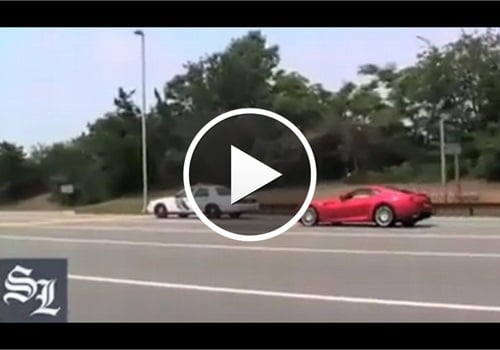 Four troopers face disciplinary charges in connection with the improper State Police escort involving similar vehicles in 2010. In a third case, disciplinary charges were announced for a trooper who improperly handled a traffic ticket issued to a member of a driving club who was stopped for speeding on the Garden State Parkway in his Lamborghini in 2010.

"The conduct alleged here jeopardized public safety and undermined the trust the public places in law enforcement and the State Police," said Attorney General Jeffrey Chiesa. "Serious misconduct by any state trooper must be met with serious discipline and, where warranted and appropriate, criminal charges."

The State Police also announced a new Standard Operating Procedure (SOP) for troopers governing escorts that's "designed to enhance the safety of motorists," according to a release.

Both troopers allegedly altered their license plates by using black electrical tape to change the numbers on the plates. Nassry also allegedly instructed the other drivers in the caravan to conceal or partially conceal their plates using tape or other means.

The Jan. 17, 2010, case involving the Lamborghini driver, who was issued a ticket for driving 116 m.p.h. in a 65 m.p.h. zone on the Garden State Parkway in Paramus, resulted in disciplinary charges against the trooper involved for improper conduct related to the stop and his handling of the ticket.

The five troopers who have been charged administratively face unpaid suspensions.

The new S.O.P. outlines when police escorts can be authorized; lists factors to be considered when authorizing an escort; identifies the chain of command and specific proceedures for authorizing an escort; and provides guidance about how escorts should be conducted, including clear instructions on observing posted speed limits and avoiding use of passing lanes.