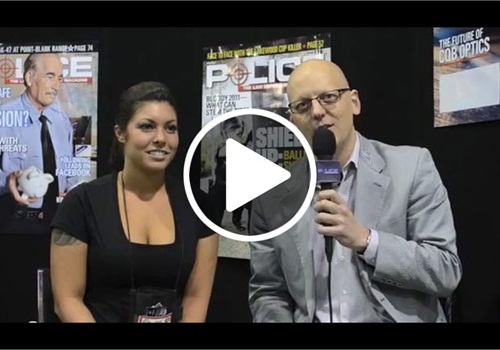 Eighteen competitors will vie for "Top Shot" honors starting today with the debut of Season 4 of the History Channel reality series.

Police Magazine spoke with one of those shooters, Michelle Viscusi, at SHOT Show 2012. The show airs Tuesdays at 10 p.m.

Viscusi, described as a "self-proclaimed tomboy" in her show bio, wanted to follow in the footsteps of her father and become a cop. She joined the Army National Guard after graduating high school and now works as a Military Police officer in southern Arizona.

She says she'll win "Top Shot" because of her "confidence and accuracy in shooting."