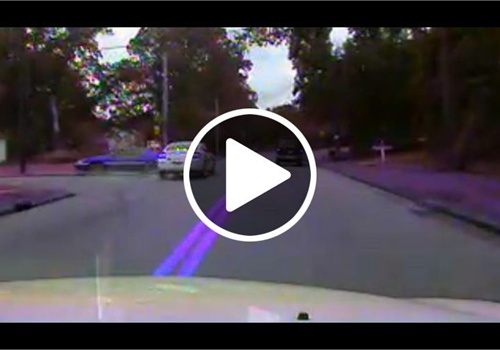 Georgia officers took three men into custody on Wednesday in Savannah, following a multi-agency pursuit at high speeds with shots fired, several attempts to stop the vehicle, and a foot pursuit.

The vehicle pursuit, which covered the nearly 20 miles between Rincon and Savannah, was captured on the dash-cam of Rincon PD's Cpl. Jose Ramirez. The pursuit began, when officers spotted a red Cadillac in an area where several burglaries had occurred. As officers approached the vehicle, occupants showed a pistol and drove away.

The pursuit entered Port Wentworth, where the vehicle rammed a local police cruiser. Stop sticks deployed by Garden City Police punctured tires on the Cadillac, as well as a Port Wenworth cruiser.

In Savannah, the Cadillac veered off Ga. 21 onto Augusta Avenue, where Rincon Police Chief Mike Bohannon saw one of the men lean out a window and fire at his pursuing police car.

Editor's Note: Watch the first part of the pursuit below. Click on the image above the story to watch the conclusion of the pursuit.