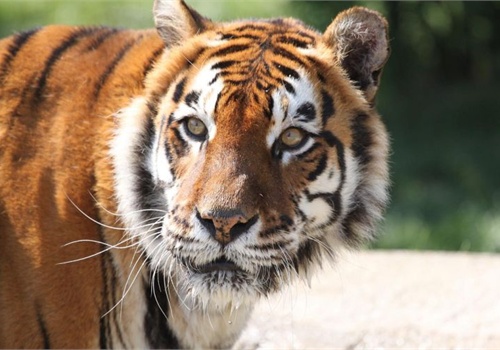 Terry Thompson, owner of Muskingum County Animal Farm, reportedly opened all the gates to the cages of his exotic menagerie then shot himself in the head. And suddenly the sheriff of Muskingum County, Ohio, Matt Lutz, was presented with a tactical problem that has never faced any American law enforcement official: There were numerous large, exotic predatory animals roaming his jurisdiction.

Lutz and his officers went to work on Oct. 19, probably expecting the usual routine operations of a rural sheriff's department. But before the day was over they became reluctant big game hunters.

There's a lesson in that for all American law enforcement officers. But before I get to it, I'd like to give you a slice of what Lutz and his deputies actually dealt with during this incident.

Lutz told reporters that the first deputies called to the scene were confronted by a tiger. Their reaction was to open fire on the cat with their sidearms. Anybody who hunts large animals can tell you that a .40 caliber pistol is a bad weapons choice for the job. So imagine the abject terror of a cop facing down a tiger with a pistol. That officer is not trained for such a contingency.

After that initial encounter, Lutz and his deputies started to approach the problem with much more tactical precision. Their first priority was to prevent the assortment of lions, tigers, leopards, and bears from attacking the local population. Few Americans are aware of this fact, but tigers, lions, and bears still eat people in this world.

Lutz and his deputies warned the public to stay inside. Schools were closed for the following day in the surrounding area. Lutz told the press that he didn't want kids waiting on school buses to encounter any of the escaped predators.

Then the officers started to work the problem. One issue they faced was they weren't sure how many animals and what types of animals had escaped. So they rounded up people who had worked on the farm and compiled inventories. Final count was 56, including 18 adult Bengal tigers.

Knowing what they were up against, the officers started to gather resources. They assembled night vision equipment and rifles, and they called in experts from the nearby Columbus Zoo, including retired zookeeper and media personality Jack Hanna. Sheriff Lutz made it clear to his officers from the beginning that he wanted the animals killed if they represented any threat to the public. So the officers of the Muskingum County Sheriff's Department fanned out and went hunting.

Many people have questioned Lutz's decision to put down the exotic creatures, including some endangered species. They've asked why the animals couldn't be shot with tranquilizers. There are many reasons why this wouldn't have worked, but most people asking this question have no concept of how difficult it would be for any American law enforcement agency to assemble enough tranquilizer guns and vets to perform such operations. An attempt actually was made to "trank" a tiger. It failed when the animal bolted after it was hit with the dart. Officers were forced to kill it.

Lutz and his officers did exactly what any law enforcement officer is supposed to do when confronted by a threat: They protected the public that they serve. Lutz was decisive in his command decision to kill the animals. And he's taking heat for it. But even the People for the Ethical Treatment of Animals (PETA) said the blame for the tragedy was not on the officers but on lax laws that allow people like Thompson to collect live exotic animals. Hanna says the officers did the right thing and added that the incident was like "Noah's Ark wrecking in eastern Ohio."

Finally, some of you may see this as a contradiction to the last statement, but you can't prepare for everything. Life is unpredictable. So when the unthinkable does happen, respond quickly, act decisively, and be prepared to take the heat. The people you serve deserve nothing less.