A recent Seventh Circuit case is a good example of the dangers of using an informant who has an axe to grind. An FBI agent took the bait from an informant named Stafford Garbutt in 2021 to look into misconduct at an Indiana state government agency, after Garbutt was demoted and stripped of his title.

Often when dealing with cases that involve agents of the government, there are different standards to be upheld. As a member of law enforcement, you understand that your privacy is not necessarily the same as a civilian’s expectation of privacy. In fact, according to Garcetti v. Ceballos, public employees do not even have a First Amendment protection for speech issued as part of their official duties. This case hinged on whether a public official has a Fourth Amendment right to privacy in her own office.

At trial Shelton learned that FBI Special Agent Nathan Holbrook had directed another employee in the Trustee’s Office, Stafford Garbutt, who was acting as an informant, to conduct warrantless searches of Shelton’s office. The information and evidence that Garbutt collected had been used to obtain a warrant to search the offices of the Trustee. The evidence obtained from that search then provided the basis for federal charges against Elgin and Shelton.

Shelton’s boss Elgin took a plea. Shelton went to trial and, once she learned of Garbutt’s warrantless searches, she filed a motion for a mistrial, arguing among other things, violations of the Fourth Amendment. The government conceded that, if the court concluded that Shelton had a reasonable expectation of privacy in her office, no exception to the warrant requirement existed that would have permitted Garbutt to enter her office.

The district court denied Shelton’s motion, concluding that Shelton lacked a reasonable expectation of privacy in the areas searched by Garbutt. After the jury convicted Shelton, she appealed.

In the case of United States v. Shelton, 997 F.3d 749 (7th Cir. 2021), the Seventh Circuit Court of Appeals recognized that, like private employees, government employees may also have a reasonable expectation of privacy in their offices, depending on the surrounding circumstances.

The court found it was established at trial that: 1) Shelton was the sole occupant of her private, fully enclosed office for more than seven years; 2) although business invitees visited it for limited purposes, including in her absence, Shelton did not share her office or her desk with anyone else; 3) Shelton’s office had a door, and she used it to exercise her right to exclude co-workers and visitors from her office; 4) one of the documents that Garbutt delivered to Agent Holbrook during his evidence collection efforts was an email from Shelton “to all staff of the Calumet Township on December 10, 2013, advising that her door will be closed during work hours for more privacy;” 5) on one occasion when Garbutt was visiting Shelton in her office, another employee came to visit, and Shelton turned papers face-down on her desk so that the visitor could not see them; 6) when Garbutt visited Shelton’s office, he normally knocked before entering; 7) there was a separate waiting area outside Shelton’s office for visitors; and, 8) Shelton kept personal, non-work related items in her office. 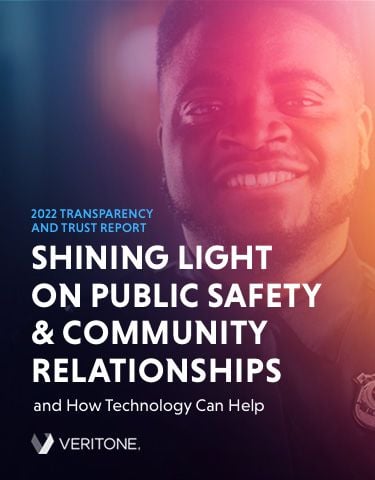 The court then noted that the district nonetheless relied on several factors, specific to Garbutt, in finding that Shelton lacked a reasonable expectation of privacy in her office. The factors relied upon by the district court were:

1) the presence of security cameras in the main office building;

2) the Trustee’s office policy allowing workplace searches of employees and their possessions;

6) the documents collected by Garbutt were on top of Shelton’s desk; and,

In reviewing the first two factors, the court concluded that they were “wholly unrelated” to Garbutt’s right to access Shelton’s office. Specifically, the security cameras only monitored the comings and goings of individuals into the building, were not monitored by Garbutt, and he had no access to the video feed. Similarly, the only persons authorized by office policy to conduct searches of the workplace were the Security Deputy and the Deputy or supervisor of the affected employee. Garbutt was not the Security Deputy, a Deputy, nor was he Shelton’s supervisor. As a result, the court held that neither the security cameras nor the workplace search policy gave Garbutt any right of access to Shelton’s office.

Concerning the remaining factors, the court acknowledged that anything that Shelton knowingly exposed to Garbutt when he was present as a business invitee to her office would not be subject to Fourth Amendment protection. However, the court held that Garbutt far exceeded the limits of his access as a business invitee when he gathered the documents from Shelton’s office.

Next, there was also no evidence that other employees, including Garbutt, entered Shelton’s office for anything other than limited purposes as business invitees. Finally, there was no evidence that Garbutt collected this evidence when he was in Shelton’s office as a business invitee; for example, when he dropped items off on Shelton’s chair, signed the time-keeping sheet, passed by to see Elgin, or stopped in to visit Shelton herself. Instead, Garbutt searched Shelton’s office “more often than not, very early in the morning” before anyone arrived at the office, a task Garbutt could not have accomplished during working hours.

Based on these facts, the court commented that behavior such as Garbutt’s, where he entered Shelton’s private office outside of normal business hours and lingered beyond any legitimate, anticipated or permissible purpose in order to remove and copy the papers on top of her desk would be unacceptable in any workplace. Accordingly, the court held that Garbutt’s actions violated the Fourth Amendment because he was acting as an agent of the government at the time, and because he possessed no warrant to conduct his searches.

This case can be used to illustrate the problems that can arise from using an informant who simply appears to want to get back at their boss. As law enforcement officers, it is great to have an informant when investigating a difficult case. However, that does not mean that we can use them to circumvent legal standards that we ourselves must uphold.

Garbutt was acting as a government agent here, meaning he should not have been allowed to collect evidence without a warrant, even if that evidence is being used to investigate alleged misconduct from a government official. Always be aware of how an informant is gathering information for you, because if it is found out that information was obtained illegally, your hard work will all be for nothing.

Eric Daigle is founder of Daigle Law Group, LLC, a firm that specializes in law enforcement operations. A former Connecticut State Police officer, Daigle focuses on civil rights actions, including police misconduct litigation. He is a legal advisor for police agencies across the country and member of the POLICE Advisory Board.