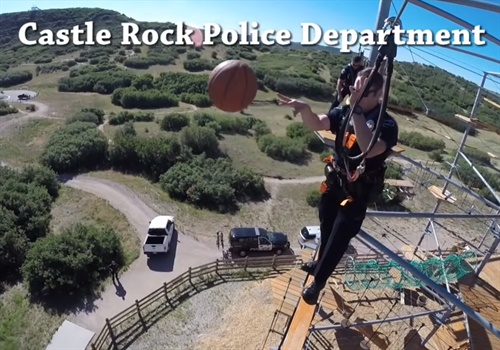 The seven-minute long YouTube video included the statement from CSPD, "Due to recent events and hard times by law enforcement in the state of Colorado, we decided to get together and produce a trick shot video.  Thank you Colorado for the continued support of your Law Enforcement!"

There is an investigation underway and Chief Art Acevedo said he is “highly confident” [the officer] will be facing federal charges. He is now on administrative leave

The deputy was responding to 911 calls from a couple walking on a bike trail east of Placerville. They were walking with their two small children in a stroller and had their two small dogs with them. They were being followed by an adult mountain lion for about 10 minutes.

Retired PA Firefighter Arrested Over Assault on Officers with Extinguisher, Not Suspected in Sicknick Murder

The projectile he is accused of throwing was not the one that killed Police Officer Brian Sicknick, who was also struck in the head by a fire extinguisher during the melee and later died from his injuries, authorities said.