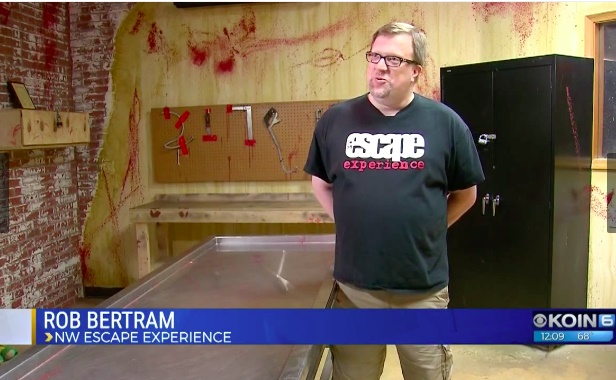 VIDEO: Burglar Breaks into Escape Room, Calls 911 When He Can't Get Out

A burglar ran into some trouble early Sunday morning and ended up calling 911 when he couldn't find his way out of an escape room in Vancouver, WA.

The Clark County Sheriff's Office responded to NW Escape Experience looking for the burglar who reportedly took a cell phone, TV remote and a beer from the fridge prior to calling authorities.

While the suspected burglar called authorities for help, he managed to eventually get out. Deputies said they found him lurking around the strip mall, KDVR TV reports.

An officer with the Carver (MA) Police Department is recovering from a dog bite he sustained while responding to a call for service on Saturday.

An officer with the Chicago Police Department who was struck by a passing vehicle during a traffic stop on Saturday night is now listed in good condition and is expected to recover from his injuries.

Kentucky Officer Stabbed in the Face During Altercation with Suspect

An officer with the Owensboro (KY) Police Department who was stabbed in the face by a subject during an altercation on Sunday afternoon is expected to recover from what were termed by the agency as non-life-threatening injuries.

Pittsburgh Steelers star center Maurkice Pouncey decided instead to honor a fallen police officer on the back of his helmet during Sunday's game.

An officer with the San Jose (CA) Police Department was injured when a driver ran through a stop sign and slammed into his patrol car.