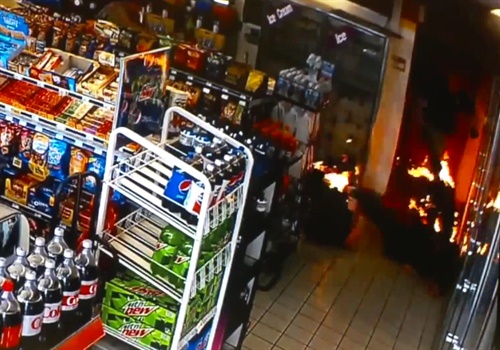 Four Kaysville, UT, police officers who were burned while rescuing a suicidal man who set himself on fire inside a gas station are speaking about the experience, reports Fox13now.

The officers were called to try to help the man who doused himself in gasoline and was holding a Zippo lighter in his hand inside the convenience store bathroom. They tried de-escalating the situation, talking to him and offering him help.

As negotiations broke down, Officer Jackson said he waited for the man to close the lighter and then lunged for it, to get it away from him. But it sparked and caught the man and the officers on fire, causing a range of minor to serious burn injuries.

The officers said they were appreciative of overwhelming community support since the incident.

"My job is to protect lives," said Officer Jackson. "And if I have to risk mine to save somebody else, I’m going to do that."