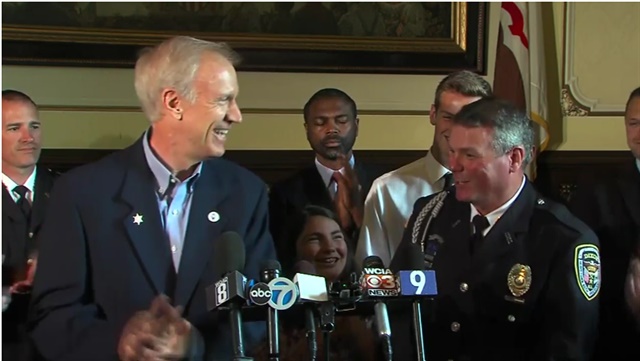 "Officer Dallas' bravery and quick action prevented what could have been an unimaginable tragedy," said Governor Rauner.

It was just two weeks ago that Dallas was confronted with an armed shooter at Dixon High School, where he is the school resource officer and where his son Josh was in the gym practicing for graduation.

Dallas engaged the suspect, who had a long gun, outside the gym. The suspect fired on Dallas who returned fire. Wounded, the suspect surrendered.

Officer Dallas was also honored in the Senate and House for being a hometown hero, ABC7 reports.