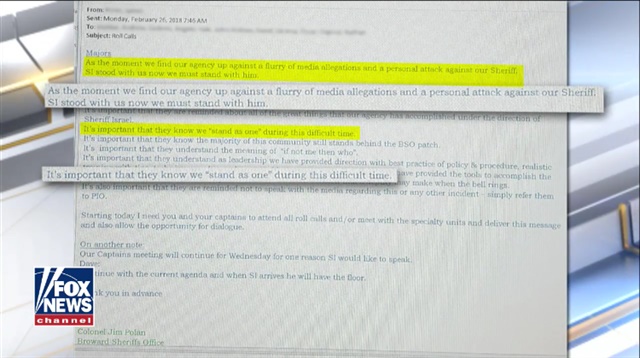 Ingraham said the email was given to her by a source and that its veracity was "confirmed" by a second source.

It urges all staff members to vigorously support Israel as he "find[s himself] up against a flurry of media allegations."

"He stood with us, and now we must stand with him," the email reads.

"The focus should be on getting to the bottom of what happened [at the Parkland school shooting]," Ingraham said. "[It] shouldn't be about saving [Israel's] job."