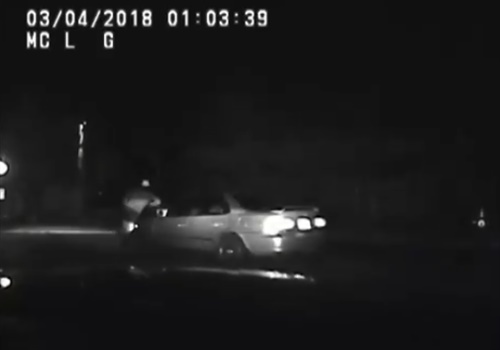 VIDEO: Virginia Driver Faces Charges After Running Over Himself

A northern Virginia man is facing charges including driving while intoxicated and possessing marijuana after a police pursuit in which he ended up running over himself, reports KHQ.

Fairfax County Police released dashboard video of Tuesday's incident in which 30-year-old Isaac Bonsu is seen getting out of his car on a residential street in the Alexandria section, a Washington suburb. But Bonsu apparently forgot to put the car in park. The video shows him running in front of the car and being struck.

Bonsu gets up and continues running. Police say they caught him, unharmed, after a brief foot chase.