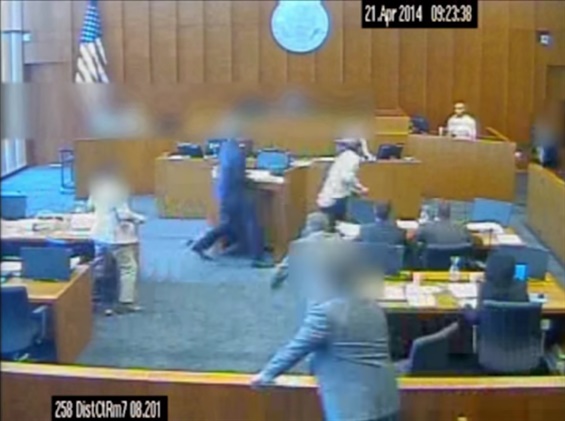 A federal judge released courtroom video Monday of the fatal shooting of a defendant who attacked a witness with a pen during a 2014 racketeering trial.

The 24 seconds of video shows Siale Angilau, a member of the Tongan Crips gang, standing up at the defense table, grabbing a pen or pencil, then running to the witness stand and hurtling himself over it, the Deseret News reports.

"Whoa, whoa, whoa," someone yells as the witness, another gang member who is shackled and chained, manages to retreat into a corner of the courtroom.

The video shows the deputy U.S. marshal, identified in court documents only as Jane Doe, unholster her gun and fire four quick shots at Angilau while backing up.