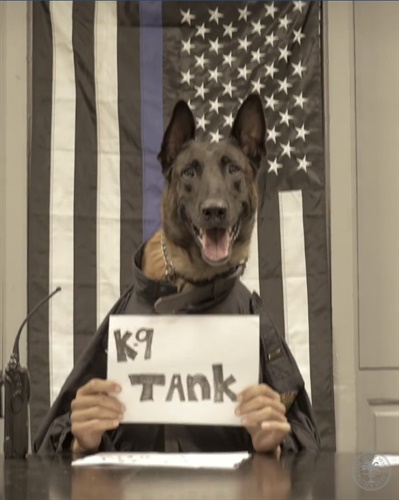 The Miami Police Department has produced a funny video that uses a ragtime soundtrack and silent movie style footage to urge people to help the department win an Aftermath K-9 Grant. The video features one of the department's K-9s named Tank.

Aftermath K-9 Grants are awarded by Aftermath, a company that specializes in trauma cleanup and biohazard removal. The winners are selected based on a popular vote. Five grants will be awarded this year annually ranging from $5,000 for first place to $1,000 for fifth place for a total of $15,000. People can vote for their favorite K-9 units at https://www.aftermath.com/k9-grant/.