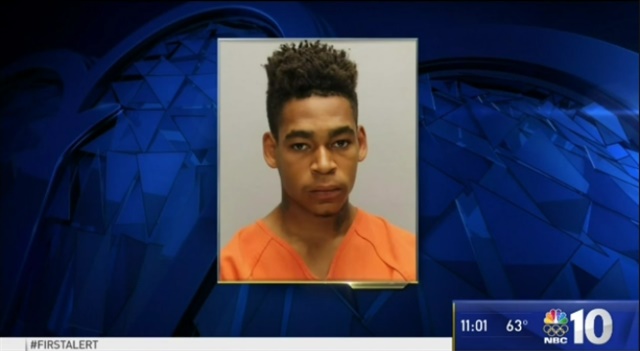 As O'Hanlon walked toward them, one of the men began to flee. After O'Hanlon caught up to him, the man allegedly pulled out a gun and the two men began to struggle over the weapon. Mahan then opened fire at close range, shooting O'Hanlon in the leg, police said.

"It appears that the suspect tried to shoot the officer a second time in the face, but the gun did not go off," Thomson said, saying the gun jammed, likely saving Officer O'Hanlon's life.

O'Hanlon, who is also an Army reservist, was taken to Cooper University Hospital where he was listed in stable condition with non-life-threatening injuries. Thomson said the bullet went through O'Hanlon's upper right thigh. He praised the officers who rushed O'Hanlon to the hospital.