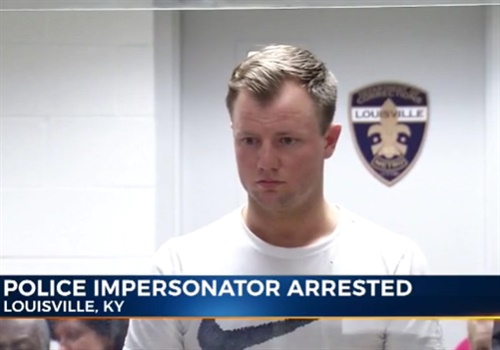 Officials say a Kentucky man pretending to be a police officer is facing charges after pulling over a real officer, reports the Associated Press.

News outlets cited an arrest warrant in reporting that a Louisville police officer was driving his personal vehicle when 24-year-old Brandon Hurley began driving toward him Saturday with flashing lights and a honking horn. He pulled him over and asked him if he knew how fast he was going.

But when the driver identified himself as a Louisville, KY, police officer, Hurley left.

According to WKRN, the real officer recognized Hurley because they had gone to high school together.