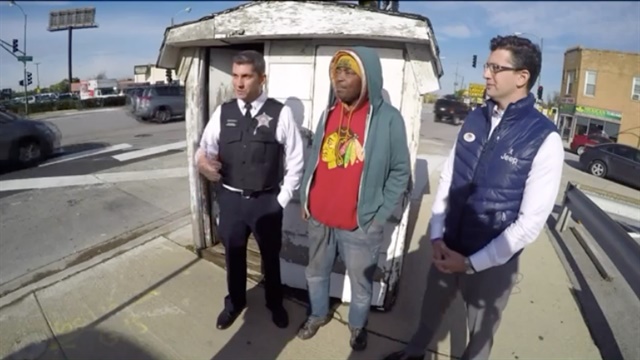 For the past seven years, Air Force veteran Anthony Johnson has been selling newspapers out of a beaten up stand at the corner of Milwaukee and Faragutt. Chicago Police Lieutenant John Garrido connected with Anthony about a year ago and decided to give Anthony a better place to sell his newspapers.

Johnson makes about $120 a week from his newsstand, and most of the time, he's just trying to by. He says he sleeps outdoors more often than indoors. So, John set up a GoFundMe account to help with Anthony's living expenses.

"While this is not a long term fix, our hope is this will give Anthony a chance to get a leg up to take care of himself down the road. We will also look into other resources that may be available to him as a vet," the GoFundMe page says.