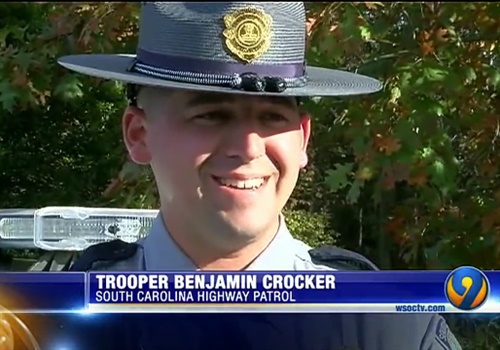 A South Carolina trooper is being hailed a hero after he saved an infant who had stopped breathing, reports WSOC-TV.

Trooper Benjamin Crocker said he had just pulled someone over on I-26 in North Charleston when a car pulled up behind him. He said it was unusual and it caught his attention.

A mother in the car started screaming that her 3-month-old had stopped breathing, says Crocker.

Crocker checked the baby’s airway, rubbed his sternum, and got him breathing.