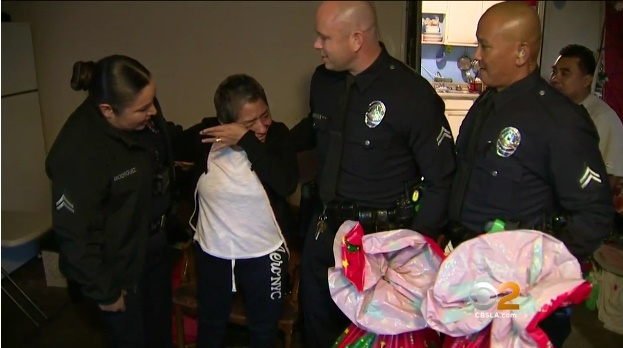 Officers with the Los Angeles Police Department provided an early Christmas surprise for the Lopez family. Mother Angelina was diagnosed with cancer a few years ago. Now her illness came back and aggressively spread to other parts of her body.

As part of "Operation Blue Christmas," an initiative of the Los Angeles Police Protective League, Officer Yesenia Rodriguez and Sgt. Jerretta Sandoz showed up to ease some of that pain, emotionally, at least, with cheer and presents for the family of six.

"Yes, we're police officers, but people forget that behind the badge, we do care," Rodriguez told CBS2 News.