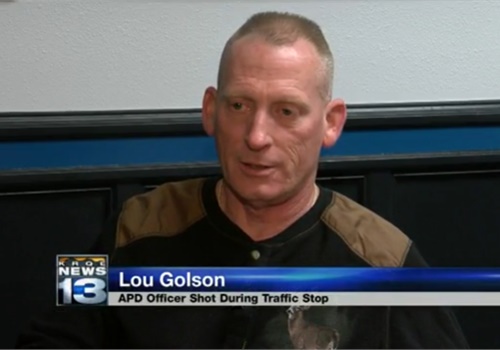 Nearly three years after Albuquerque Police Officer Lou Golson was shot multiple times by a suspected drunk driver during a traffic stop, he says the city is not helping him recover.

“You would think the nightmare was getting shot. The actual nightmare was surviving. The toll that it’s taken financially… is unreal,” Golson said.

Golson says since that night in January 2015, which was captured on his own lapel camera, the City of Albuquerque and workman’s comp has fought his requests for medical attention tooth and nail.

“I just could not fathom that I would be treated so poorly. Throughout our careers, we are taught, if you get hurt on the job, you’ll be taken care of. That is not the case,” he told KQRE TV.