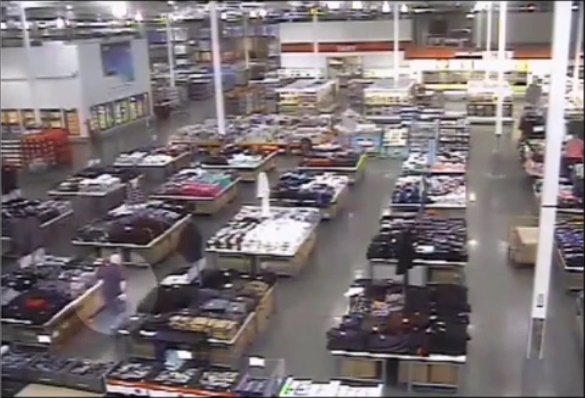 As most everyone else fled a gunman in a Lenexa, KS, Costco, surveillance video released Thursday shows a swift-moving off-duty officer circling behind the man moments before the officer shot and killed the suspect.

Kansas City, KS, Police Captain Michael Howell, who happened to be shopping that Sunday morning, Nov. 26, is seen catlike with his gun out but concealed behind his right hip as he tracked 58-year-old Ronald O. Hunt, the Kansas City Star reports.

The officer did “everything right,” Lenexa Police Chief Thomas Hongslo said in a press conference Thursday.

Howell identified himself to Costco employees, ran into the store as everyone was running out. He used “his tactical advantage,” Hongslo said, as he slipped in behind Hunt as he made his way to the back of the store.

Hongslo said Capt. Howell identified himself, shouted at Hunt to drop his gun, and that Hunt refused and pointed his gun at Howell when Howell shot him.

“I think he (Hunt) was there to kill people,” Hongslo said. And Howell “potentially saved officers."