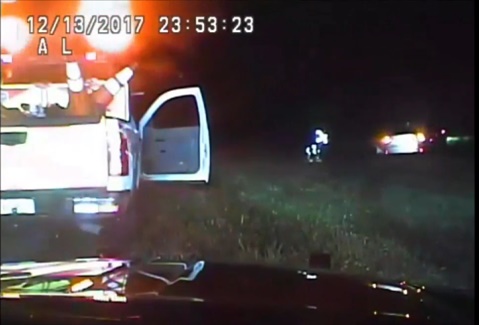 The Florida Highway Patrol said a trooper responded late Wednesday night to a vehicle that had drifted off the interstate onto the shoulder near Naples.

Unable to wake the driver, the trooper broke the vehicle's window and found she had no pulse. The trooper carried the woman out of the vehicle, determined she was not breathing and began to administer CPR.

After being treated and released from the hospital, the 32-year-old driver was arrested for driving under the influence and driving while license suspended, authorities said. A breath test revealed the driver's alcohol concentration level to be .039 and drug screen results are still pending, ABC reports.