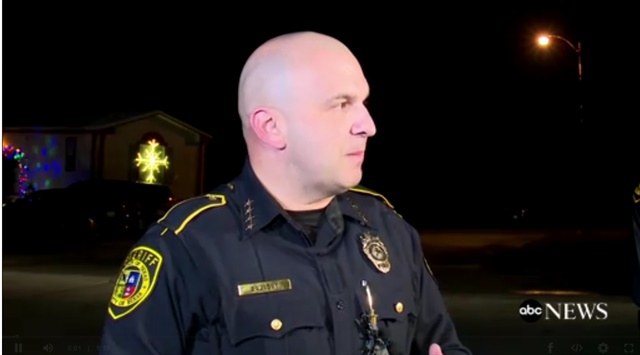 A 6-year-old boy was struck and killed by a stray bullet in Schertz, Texas, on Thursday during a confrontation between a car theft suspect and Bexar County Sheriff's deputies. Authorities said it is unclear who fired the bullet that struck the boy.

Sheriff Javier Salazar said officers were called to a trailer park Thursday morning just before 11 a.m. During the course of the investigation, authorities said they came across a woman in her 30s trying to break into a trailer. When confronted, authorities said she claimed to have a gun and threatened to shoot them.

The suspect fled into the woods, Salazar said, where the deputies gave chase. They eventually opened fire on the woman, who was struck several times and killed while she stood on the porch of a trailer, authorities said.

The boy was sitting inside the trailer when he was struck in the abdomen by a stray bullet that pierced the wall. He was rushed to University Hospital where he also died, authorities said.