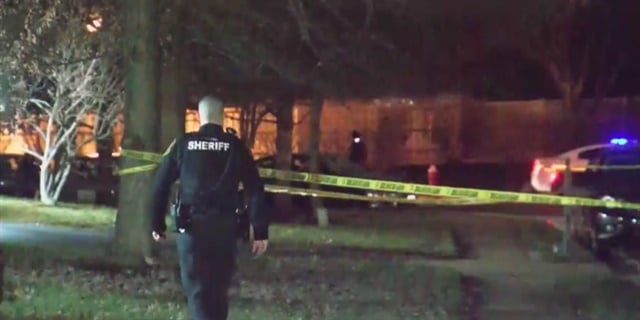 Two Loudoun County, VA, sheriff's deputies were shot on Christmas Eve Sunday after responding to a domestic incident outside of a residence, and the suspect has been charged with attempted murder, reports WJLA.

The Loudoun County Sheriff's Office says the shooting happened around 5 p.m. in Sterling, VA, after they received a call about an argument involving a father and his 19-year-old daughter that had turned into a physical altercation.

According to the sheriff's office, when two deputies tried to arrest the father, 39-year-old Douglas V. Johnson, he made a sudden move into a bedroom closet where he grabbed a handgun and managed to fire several shots at them as they attempted to subdue him. One deputy tasered Johnson and another attempted to restrain him.

According to the sheriff's office, Johnson was arrested and charged with two counts of attempted capital murder. He is being held without bond at the Loudoun County Adult Detention Center.