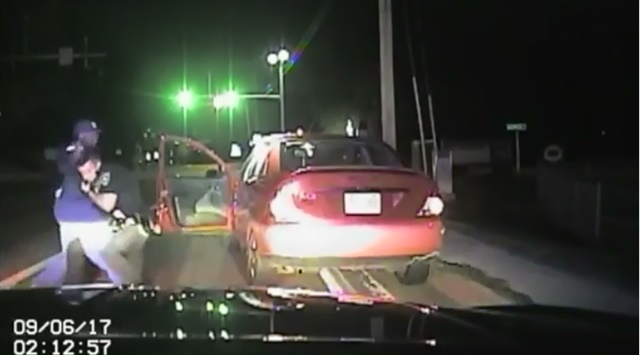 A Calverton Park, MO, police officer's stop of a suspected drunk or high driver Wednesday morning led to a fight for his life when the motorist resisted arrest and attempted to take his gun.

Driver Markarios Kirkwood initially complied with the officer, who was not identified, but resisted when the officer ordered him out of the car and tried to conduct a sobriety test, police say.

"…I see the pocket knife and I tell him (to) pull his hands up and I see him and right there he went for it again," the officer told Fox 2 while looking at the video.

Police say Kirkwood then attacked the officer and tried to grab his gun.

The assault lasted about two and a half minutes, but the officer said it felt like a lifetime.

Kirkwood is charged with assault and is being held on $50,000 bail. He was out on parole for some previous charges in 2012.