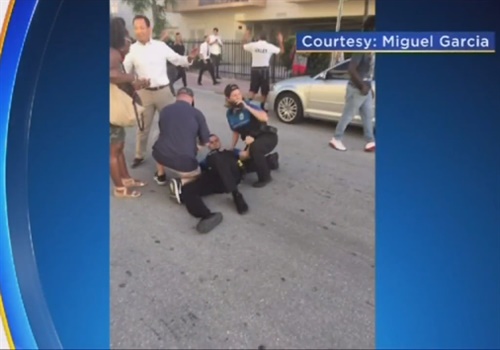 VIDEO: Woman Runs Over FL Officer Before Being Fatally Shot

An outside agency is investigating whether the shooting was in line with department policy.

Witnesses captured the chaos on their cellphones Sunday evening in Miami Beach right after authorities said Cariann Hithon ran over a police officer.

The transfer student from Maryland had been in Florida celebrating her 22nd birthday. Witnesses said she appeared intoxicated.

Police initially responded to a report of several car accidents.

Police said witnesses and officers began to gather to help the victims, and that's when Hithon drove into a crowd, hitting an officer with her car.

Another officer then fired at Hithon. Hithon crashed into an SUV.

The injured officer was taken to a nearby hospital after losing consciousness at the scene for a period of time. He was listed in stable condition.