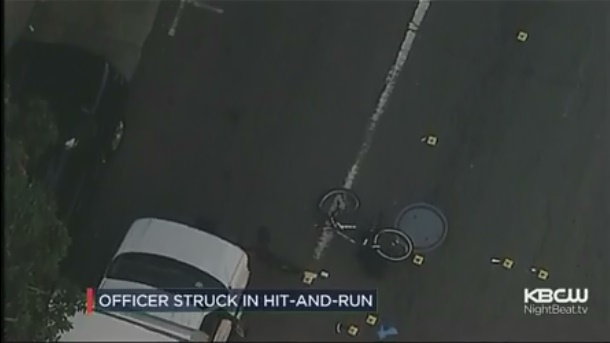 A San Francisco bicycle officer was critically injured Wednesday around 12:30 p.m. when he was struck by an SUV. A suspect was taken into custody hours later.

Acting San Francisco Police Chief Toney Chaplin told CBS Bay Area that two officers from the Tenderloin Station were conducting an investigation and observed a suspect in a vehicle who they believed to be in possession of a firearm.

According to Chaplin, the suspect struck the officer, Elia Lewin-Tankel, who was part of the Tenderloin Station’s bicycle beat, and then fled the scene.

Police said Officer Lewin-Tankel, 32, who has been with the department for four years, remained in critical condition in intensive care Thursday following surgery.