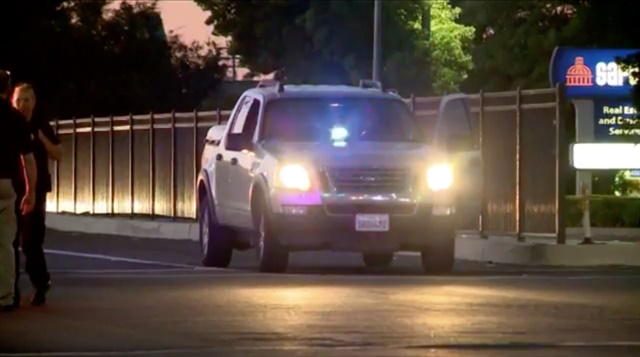 According to the department, a fight between the deputy and the suspect broke out, and the deputy was shot in the face. After the shooting, the suspect fled the scene.

The deputy was taken to an area hospital. He is in "stable condition," ABC10 reports.

Sheriff deputies and a SWAT team took the suspect into custody at the Red Roof Inn after hours of searching. He was reportedly located in a fetal position on the second floor using a robot.