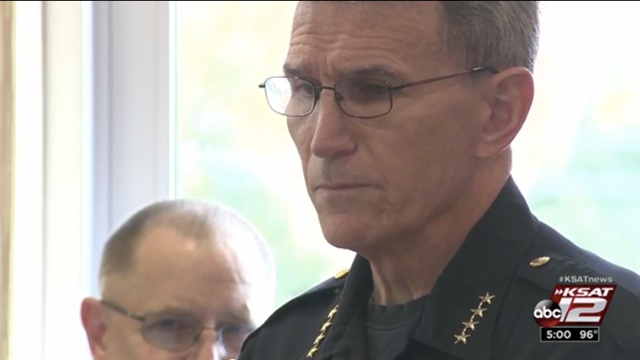 With one officer dead and another injured in a Thursday afternoon shootout, San Antonio Police Chief William McManus had strong words for police critics Saturday morning.

Speaking to the crowd at a Coffee with the Cops event on the South Side, McManus said the shooting has "really impacted me and the department." It has also left him angry for many different reasons, he said.

Officers Miguel Moreno and Julio Cavazos were on directed patrol Thursday, looking for and trying to prevent car burglaries when they saw two suspects walking in the 200 block of West Evergreen Street.

As the officers exited the patrol car to contact the suspects, one of them, Andrew Bice, pulled out a revolver and shot both officers, KSAT TV reports.

Bice was hit when Officer Cavazos returned fire and then he turned his gun on himself.