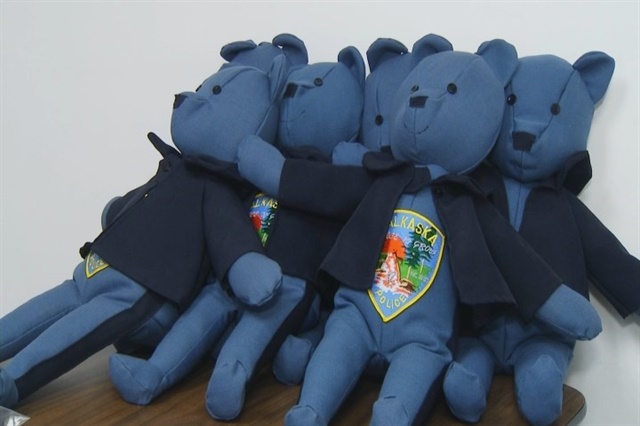 Police officers are wary when it comes to throwing out their retired uniforms - fearing it could fall into the wrong hands. The Kalkaska (MI) City Police had about 150 uniforms in their basement -- sitting there for decades.

Lieutenant Artress asked his officers to get creative with what they could do with the retired uniforms. Officer Gray took the idea home to his wife and she had a solution.

“It just kind of popped in my head -- well why don't we make teddy bears for children that need a little extra something special?”

Eva Gray has been snipping and stitching to make these bears.

“I actually have been able to incorporate the signature lines from the police officer uniforms into the bears,” Eva told 9&10 News.

The only part of the teddy bear that doesn’t come from the retired uniform is the thread and stuffing – and some has already been generously donated by the community.