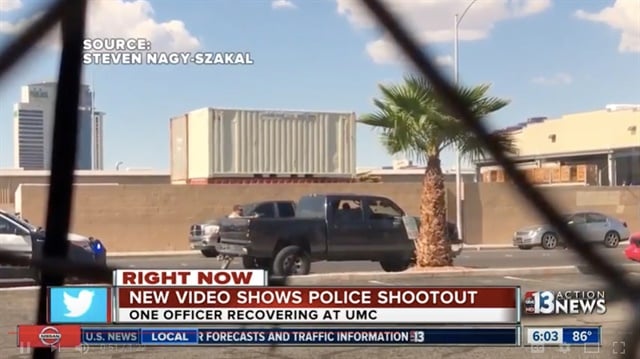 A Las Vegas Metropolitan police officer was shot Tuesday afternoon during a traffic stop. The suspect was killed either by police fire or his own hand.

Officers were investigating a call of a suspicious vehicle in front of a business. As officers approached the vehicle, there was an exchange of gunfire. One officer was shot in the chest and is in stable condition at a local hospital.

Police say a second officer was hit in the shootout.

The officer didn't realize he or she was hit until hours later because the bullet struck the gun belt, KTNV reports.

The suspect was reportedly hit by one of the officer's shots as well as one bullet from his own gun.

Police said the suspect is dead. Police are investigating whether the suspect was killed during the exchange of gunfire or of a self-inflicted gunshot wound.