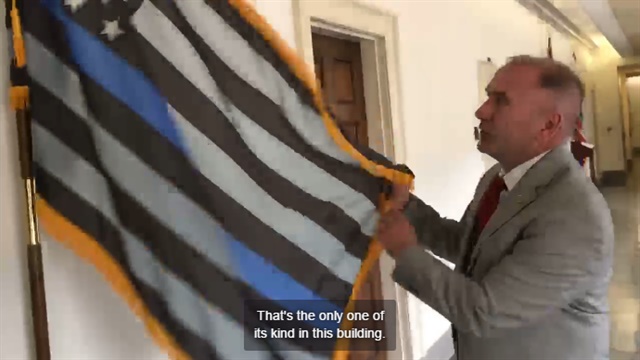 Congressman are allowed to place three flags outside of their offices. In addition to the "Thin Blue Line" flag, Higgins has a U.S. flag and a Louisiana flag.