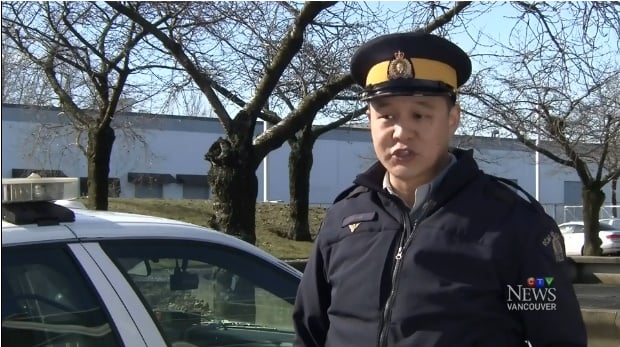 VIDEO: Mountie Jumps into Icy River to Save Suicidal Woman

Lee raced to the scene as soon as he heard the call about a woman in distress on the Arthur Laing Bridge, driving against traffic with the sirens blaring. He was the first to arrive at the riverbank.

"By the time I could see the woman in the water, she was holding on to a log, so she needed help. And that's just when something kicks in inside you, that you have to help somebody who's in distress,” Lee told CTV Vancouver.

With adrenaline coursing in anticipation of the shock from the frigid waters, he dropped his duty belt and phone, grabbed a lifejacket from his cruiser as another Mountie arrived. Lee snatched a second lifejacket, and dove in.

“(It’s) that type of cold that as soon as you get in the water, it seizes your breath,” he said.

The unidentified women released the log, welcoming Lee’s rescue, before the pair returned to shore as the Coast Guard arrived.

Lee was in the water for close to 10 minutes and had to be treated for hypothermia.