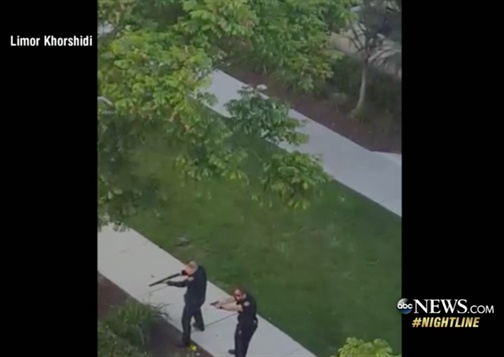 The suspected shooter, identified by officials as Peter Selis, 49, was shot and killed by police at the pool area of the La Jolla Crossroads apartment complex Sunday evening, San Diego police said.

Selis, who lived in the apartment complex, allegedly entered the pool area, sat in a lounge chair with a beer and a handgun, and then called his ex-girlfriend—who had reportedly just ended the relationship—and told her he just shot two people, police said. Selis allegedly stayed on the phone with his ex as he continued to open fire at the victims who were "just mere feet from him," Zimmerman said.

There were seven gunshot victims and an eighth victim who suffered a broken bone while fleeing the area, police said. Police said the eight victims, all adults, were hospitalized and one woman later died. Two victims are in critical condition but all are expected to survive, ABC News reports.