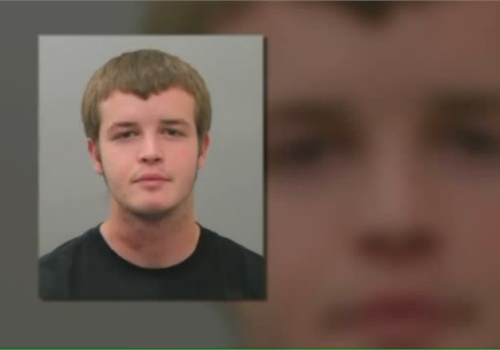 An 18-year-old suspect has been charged with first-degree murder in the shooting death of a St. Louis County, MO, police officer, reports KFOR.

Around 5 a.m. Thursday, Officer Blake Snyder, 33, and his partner were called to a disturbance in Green Park. Police tell the St. Louis Post-Dispatch that 18-year-old Trent Forster had a relationship with a girl who lived in the house. Someone called for help when he demanded to be let in, KFOR sister station KTVI reports.

When Officer Snyder and his partner arrived to the scene, they encountered Forster in a vehicle, police say.

When the police officer asked to see Forster's hands, officials say the suspect shot the officer. Investigators say it was an, "immediate fatal wound," KTVI reports.

Officer Snyder's partner returned fire, striking Forster several times. The suspect was transported to the hospital to be treated for his gunshot wounds. Officials say he is expected to survive.

Forster is charged with first-degree murder and armed criminal action.

Officer Snyder leaves behind a wife and a young child.