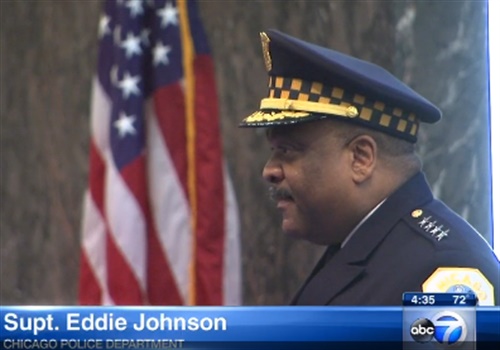 A Chicago police officer who is hospitalized after she was severely beaten said she was afraid to use her gun because of the scrutiny she would have faced, Supt. Eddie Johnson said.

On Wednesday morning, police responded to a car crash at Roosevelt and Cicero on the city's West Side where officers encountered a man that police allege was violent and under the influence of drugs.

Three officers were hospitalized in the incident. One officer who was severely beaten told Supt. Johnson she was afraid for her life and afraid to use lethal force with all of the attention on the police department's previous actions and fatal incidents.

"She thought she was going to die. She knew that she should shoot this guy, but she chose not to, because she didn't want her family or the department to have to go through the scrutiny the next day on national news," Supt. Johnson said.