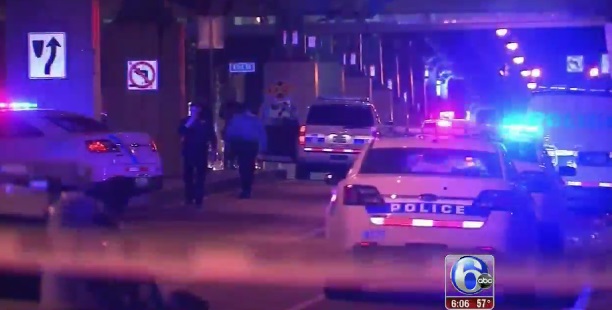 VIDEO: Philly Officer Shot in Thigh, Uses Tourniquet to "Save" Self

Two suspects are in custody after a Philadelphia police officer was shot and wounded, while responding to a robbery call.

The shooting happened at 8:52 p.m. at Salford and Market streets in West Philadelphia. The wounded officer, 24-year-old James McCullough, was hit in the thigh and is hospitalized in stable condition, 6ABC TV reports.

McCullough reportedly applied his own tourniquet after bleeding profusely from his gunshot wound.