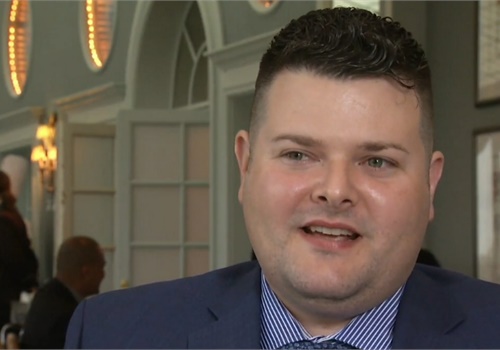 A Philadelphia Police officer who chased down a gunman after being shot during an ambush attack earlier this year was honored by law enforcement officials from around the world Wednesday night.

Officer Jesse Hartnett received the "Man of the Year" award during the annual National Police Defense Foundation (NPDF) Awards Dinner in Howard Beach, New York. Hartnett spoke to NBC Philadelphia about the honor during his first on-camera interview since the shooting.

"It's a big deal and it's nice to be recognized," Hartnett told NBC10's Aundrea Cline-Thomas in an exclusive interview. "Especially after something tragic like that."

Hartnett couldn't discuss the details of the shooting while speaking with NBC10 due to the pending court case. He did say however that his military and police academy training ultimately saved his life.

"I'm sitting here speaking to you," he said. "So did it keep me alive? I would say yes. It definitely kept me alive."