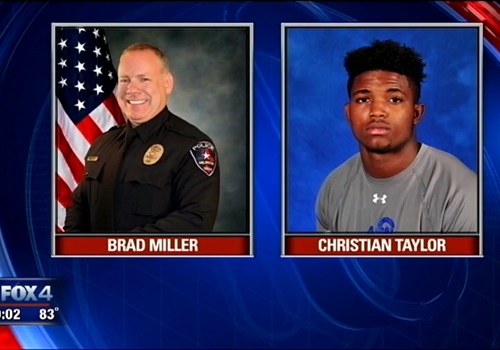 VIDEO: No Indictment for Texas Officer in Fatal Shooting at Dealership

Former Arlington Officer Brad Miller, 49, was accused of following Christian Taylor, 19, into the dealership where he shot him four times as the teen rushed toward him.

Before the confrontation, video from the Arlington dealership showed Taylor acting erratically, jumping on cars, and later busting through the gate into the parking lot. An autopsy showed Taylor had drugs in his system at the time of the shooting.

Miller was fired by Arlington Police Chief Will Johnson days after the shooting.