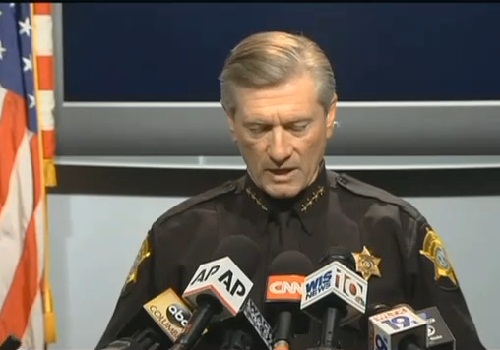 Richland County, SC, Sheriff Leon Lott said on Wednesday he has fired a school resource for his actions inside a Spring Valley High School classroom on Monday, which the sheriff says did not comply with policy,

"The maneuver that he [Fields] used was not based on the training and was not acceptable," Lott said when revealing the findings of the investigation 48 hours after the incident occurred. "Deputy Ben Fields did wrong this past Monday, and we're taking action for that."

The sheriff has also asked the FBI to investigate the incident.