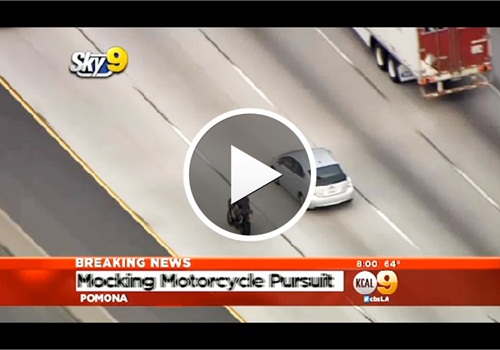 A motorcyclist was arrested after leading California Highway Patrol officers on an hourlong chase during which he topped 100 mph, stood up on his moving bike and taunted his pursuers.

The chase that began Wednesday evening in San Bernardino County spanned surface streets in several cities and ended when the suspect pulled into a gas station, parked his Honda motorcycle and quietly surrendered, the Associated Press reports.