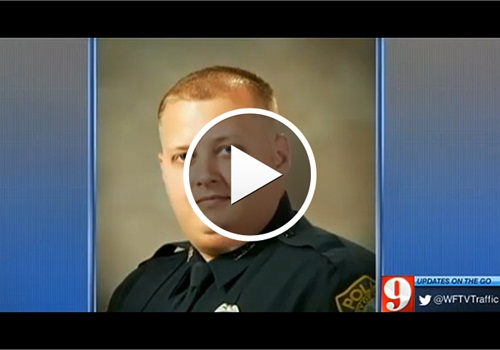 Forsyth, 33, was accidentally shot at about 3 p.m. at the Lowell Correctional Institution, officials said.

Ocala Police Chief Greg Graham said Forsyth was participating in routine firearms training and was struck when a bullet discharged from another officer's weapon. "One of our officers was unloading his weapon, and it accidentally discharged. The round ricocheted off a bench and struck the officer," Graham said.

Forsyth was wearing a bulletproof vest, but the bullet went through his arm and entered his side, which was not covered.