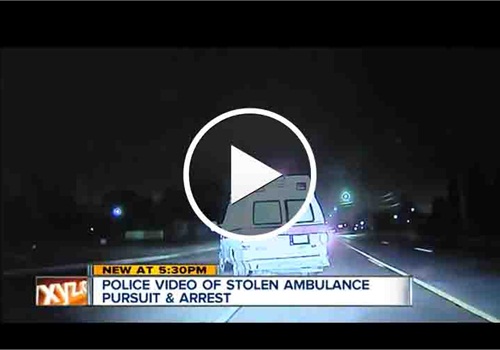 VIDEO: Man Stole Ambulance to Get to Strip Club

Newly released police dash cam video shows the arrest of a Michigan man accused of stealing an ambulance to get to a strip club.

Oakland County deputies say 51-year-old Bryan Kryscio stole a Star EMS ambulance from Mclaren Hospital in Pontiac, Mich., outside of the emergency room while the keys were still inside.

He told the sheriff's department he was en route to the Booby Trap strip club on 8 Mile.

He never made it as he was pulled over near 18 Mile and Ryan Road in Sterling Heights driving 5 mph.

Kryscio is homeless and suffers from mental health issues. He is charged with Unlawfully Driving Away of An Automobile.