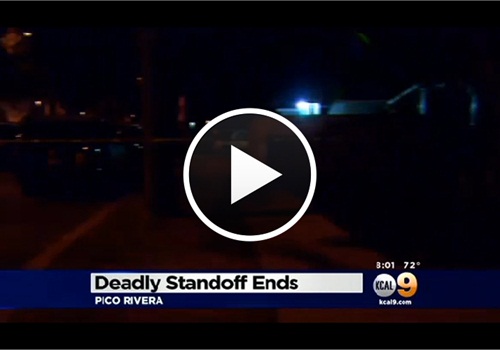 Los Angeles Sheriff’s deputies shot and killed an armed parolee after he held a woman hostage while waging an 8-hour standoff at a Pico Rivera home.

The woman’s husband was also killed outside the family’s home in the 9000 block of Rosehedge Drive, the Los Angeles County Sheriff’s Department reported to CBS-TV 2.

The incident began when deputies spotted the suspect, a 24-year-old parolee wanted for stealing a car, at 5:30 p.m. Friday, LACSD spokesperson Nicole Nishida said. The man — identified as Cedric Ramirez — fled from deputies and opened fire, prompting them to fire back, Nishida said.